Are you an executor?…
Overwhelmed? Where do I begin?
How do I do this alone?

It’s never too early to plan… 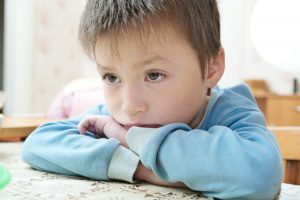 11:30 p.m. one cool spring night Joanne and Bob woke to loud knocking on the front door, loud enough to wake the entire family. With Joanne, Melanie (their youngest son Clark’s fiancée) along with Nicholas and Patrick (Melanie and Clark’s son’s, both under three) standing behind him, Bob answered the door to two police officers. Clark at the age of 22 had been killed in a car accident.

Joanne and Bob had known Heather for several years from preplanning for themselves.  Heather received a call from Bob the following morning which is when her job began. Heather then:

Heather stayed in contact with the family for the year following should they have needed any further assistance.

Joanne and Bob were grateful they had a professional like Heather they could count on and advocate for them during a very difficult time in their lives. Although they had made their own pre-arrangements, Joanne and Bob had no idea of everything involved in settling their son’s estate. The entire family still grieves the loss of Clark, however Heather’s assistance and guidance alleviated much of the stress immediately following their loss. As a result of Heather’s involvement Joanne, Bob and their entire family were saved time, money and stress, giving them the opportunity to come to terms with what had just happened and the peace of mind in knowing there is
Nothing Forgotten.  Nothing Overlooked.

Joanne and Bob, having gone through this experience realise how important TRUE Advanced Planning really is and are following through with the RESOLVED Pre-Planning Priority Points for themselves.

The RESOLVED Difference provided guidance, advocacy and reliable support for Joanne, Bob and their family.  RESOLVED’s Final Document Preparation provided information and access to benefits they didn’t realize were available.  In addition, savings were attained while designing a true tribute their son through the funeral arrangements and permanent memorial.