Are you an executor?…
Overwhelmed? Where do I begin?
How do I do this alone?

The trip of a lifetime

They planned for everything.

Since their arrival in Africa two weeks ago, their dream retirement trip, 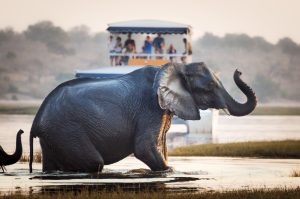 Deedee had notice that Joseph didn’t seem right but of course when asked he would only say “I’m fine”.  By now they were traveling through the wilds of Africa, far away from populated areas and medical facilities. Joseph’s condition quickly worsened over the next couple of days when Deedee woke up in the middle of the night to find Joseph had died in his sleep beside her.

The initial shock was overwhelming and the only thing that she could remember was Heather’s words on the day they had met so many years earlier. “Before you call anyone, call this number first.”

Deedee quickly found the phone number on a card tucked into Joseph’s wallet and called the Toll Free number. A few days later she and Joseph arrived home. This is when she called Heather. Heather then:

The relief Deedee and her family felt throughout all of the events that transpired could not be measured. Their choice to work with Heather gave them the peace of mind in knowing that they had made the right choice in pre-planning and pre-funding everything they possibly could. Heather’s guidance and advocacy through the RESOLVED Pre-planning Priority Points proved invaluable.

Deedee knows that throughout the loss of Joseph and her own program there is Nothing Forgotten, Nothing Overlooked.

The RESOLVED True Advanced Planning program allowed Deedee and Joseph to ensure they had all of their final arrangements planned for and funded including the funeral and cemetery arrangements. Taking advantage of the Travel Plan ensured should either of them die away from home for any reason both of them would be returned home with one phone call. Deedee’s choice to include Executor Protection guarantees that funds are available for her executor for and during the probate process. The financial and emotional savings of having taken advantage of the Resolved Resolution proved to be invaluable.